The AAUW Reston-Herndon Branch Book Groups are open to all members.
These lively and well-attended groups meet in afternoon and evening sessions each month. The afternoon meeting is held at 2:15 p.m. on the fourth Wednesday of the month at the Herndon Senior Center. The evening group meets at 7:00 pm. on the fourth Thursday of the month at Scrawl Books on Freedom Drive in Reston Town Center. The same book is discussed at both the Wednesday afternoon and Thursday evening groups.

Members have input into what will be read for the year from a large selection list suggested by group members and the group coordinators. The final list each year always includes one selection from the AAUW Adelante Books of the Month list. 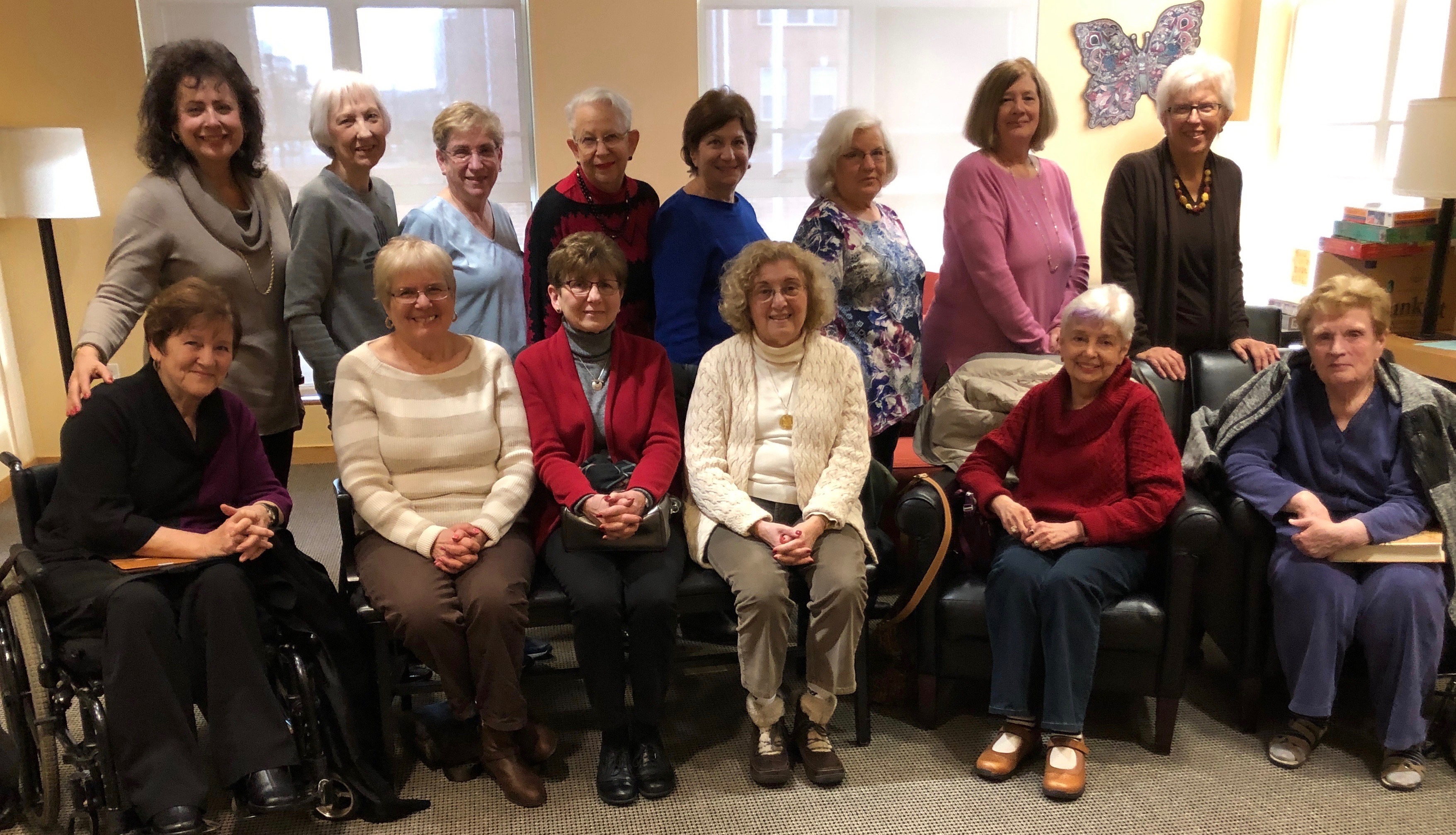 *Book Group does not meet in November and meets
on the FIRST Wednesday and Thursday in December. 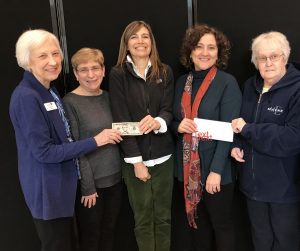 Former Branch President Dianne Mero (far left) and Book Group Co-chair Alyse Goldman (second left) present a contribution from the members of the Reston-Herndon Wednesday Afternoon Book Group to Executive Director Michelle Sullivan of AART (All Ages Read Together), which provides free school readiness programs for at-risk preschool aged children. One such program is located at the Herndon Senior Center where the Book Group meeting is held each month. The Afternoon Book Group made generous contributions in both 2018 and 2019 to help the fundraising efforts.